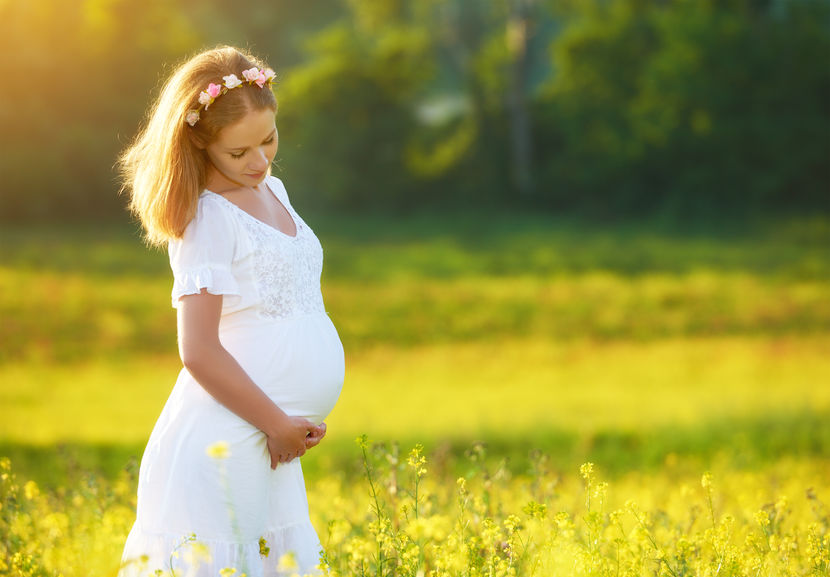 Pregnant or not, we all know about the dangers of sun tanning. Sunburn, skin damage, premature aging, and the biggie - skin cancer - are consequences of these forms of UV exposure. If you're pregnant, however, there are even more concerns.

According to the American Pregnancy Association, studies linked ultraviolet radiation to folic acid deficiency. In fact, research has confirmed in several human studies that UV radiation can actually degrade folic acid in the blood. Folic acid (vitamin B9) is essential for production of the extra red blood cells needed during pregnancy. Although everyone requires folic acid for normal, healthy function, it is especially important during a pregnant woman's first trimester. Its deficiency can cause neural tube defects (NTD) in the embryo. One of these is Spina bifida, a condition in which the vertebrae (the bones of the spinal column) don't close as they should within 28 days of fertilization. If this happens, the spinal cord or fluid bulge through the vertebrae, most generally in the lower back area. 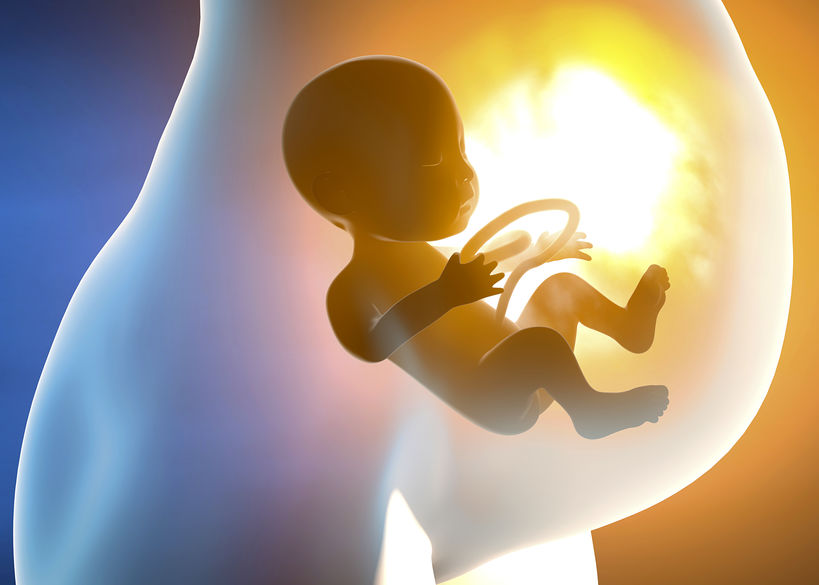 Another serious NTD related to folic acid deficiency is anencephaly, in which parts of the fetus's brain, scull and scalp do not develop normally. Like spina bifida, this can occur within the first three to four weeks of pregnancy. Anencephaly is fatal to the newborn; 75% of the time, the infant is stillborn, and the remainder die within a short time of being born.

Due to the importance of folic acid, the U.S. Food and Drug Administration has ensured that many foods are fortified with this essential nutrient. It is available naturally through foods including leafy green vegetables, like kale and spinach; bread, pasta and cereal; citrus fruits and their juices (e.g. orange juice); and beans and rice.

Other Sun Effects in Pregnancy

During pregnancy, your skin is more susceptible to sunburn and the development of dark patches on the face, called chloasma. As many as 50 to 70% of pregnant women develop chloasma, resulting in its being called the "mask of pregnancy." The increased levels of estrogen during pregnancy are believed to trigger extra production of your body's natural pigment, melanin. This also accounts for the dark vertical line that forms down an expectant mother's belly, called the linea nigra.

Excess exposure to UV rays can trigger or aggravate chloasma, since melanocytes are stimulated to produce even more melanin in the sun. Although this condition is not painful, many women find it unattractive, and it can take a long period of time to go away once the baby is born. In some cases, it persists beyond breastfeeding, and other treatment options must be sought.

In addition to chloasma, lying in the sun can cause overheating. Since spinal malformations in the fetus have been linked to prolonged high body temperature, doctors advise pregnant mothers to avoid spending too much time in the sun.

Besides this, your extra sensitivity to the sun during pregnancy can result in sunburn, hives and heat rash. Excess heat can also cause dizziness and nausea. While everybody is encouraged to practice adequate sun protection, expectant mothers need to be especially diligent. 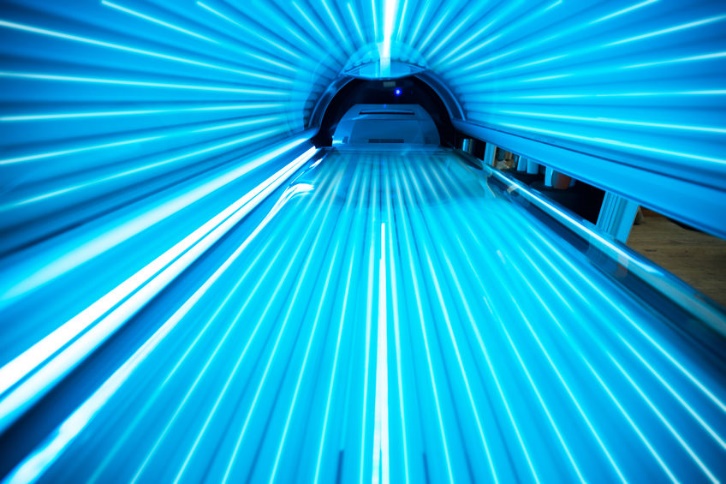 Using tanning beds during pregnancy (or anytime) is not recommended, for the same reasons as explained above. Don't forget that the American Academy of Dermatology reports that even one tanning bed/booth session can increase a person's risk of developing melanoma by 20%, basal cell carcinoma by 29%, and squamous cell carcinoma by 67%.

For a pregnant woman, the danger is compounded by the overheating which occurs in tanning beds, posing possible serious harm to the fetus. Spinal malformation has been linked to excessive temperature elevation during pregnancy.

All these warnings aside, it is natural for anyone to desire a golden tan. Fortunately, this is possible with much safer alternatives like sunless tanning lotions, gels, mousses or liquids. Sunless tanning products are your pregnancy's best option, often recommended by physicians. 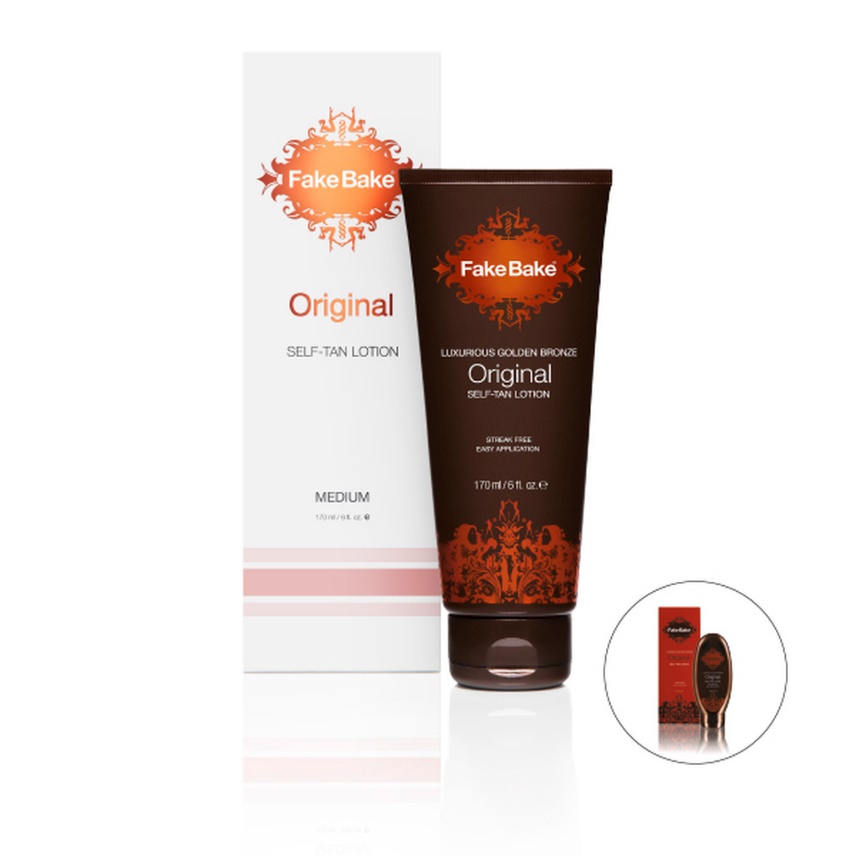 The only safety question that has been raised about self-tanning formulations has been the risk of dihydroxyacetone (DHA), their main active ingredient, reaching the bloodstream. However, there has been no evidence that DHA is absorbed through the skin and could harm the fetus. Some doctors may still advise you to err on the side of caution and forego use of self-tanners or sprays until after the first trimester.

Although spray and self-tanners are determined to be safe, it is up to each individual to decide whether or not to use fake tanning formulations while they're expecting. The best advice, and our recommendation, is to have a conversation about it with your medical provider.